When the Canon 5D MkIII came out, I was a happy Canon shooter. I was looking to upgrade to full frame and wanted to get onto the MkIII band wagon. The price was much higher than I expected and far outside my price range at the time. I was beginning to shoot video and was unhappy with Canon's choice to put crazy high value on cameras with strong video capabilities. The C series, the 1D-C, and even the MkIII...I wasn't Canon's biggest fan.

In a fit of defiance, I bought a Sony NEX-7 instead of a 5D MKII. Spec wise it was every bit as good as my Canon EOS 7D. I immediately fell head over heels in love and before I knew it I was selling all of my canon gear and owned an SLT-a99 and a NEX-5r as well. The small size, large sensors, and the ability to adapt to all of my vintage lenses had me hooked.

I knew that one day Sony would put a full frame sensor into a small mirrorless camera but I didn't expect it to be a 36MP sensor with the new 7r. I've waited a bit just in case there were bugs with these new cameras and despite a few groans from the peanut gallery about light leaks and other non-issues they seem to be fantastic cameras. DXOMark has rated the 7r sensor as one of the best they've tested.

Last week I picked up a 7r and in just a few photo shoots it's living up to all of my expectations. I'm still in the process of evaluating it but there's a very good chance it will replace my a99 as my primary camera. I'll be comparing the 7r to my a99 and my NEX-7 and a Metabones Speedbooster.

Having only used it for a few days, I can give my first impressions about the camera...

The size is perfect. Very reminiscent of old 70's SLR cameras like my Minolta film cameras. For medium sized hands it's perfect. If you have big mitts it might not fit well but there is a battery grip available which might help solve that issue. The camera is small enough that I'd be happy using it for street photography and big enough that I can use it for professional work without getting any doubts from my customers expecting the 'big black camera'.

The sensor is fantastic. The resolution, while too much for many people, suits my commercial photography work perfectly. If you pay attention to the DXOMark data, the ISO performance is very close to the more expensive Nikon D800, D4, and Canon 1DX...far better than the a99, which I was happy with....and all much more expensive cameras. I've taken a few shots at ISO 6400 and forgot to apply noise reduction to in post production because the noise wasn't bad enough. Dynamic range is fantastic, especially at ISO 50. This camera also lets you use multi-frame noise reduction which takes 4 sequential photos and merges them to reduce noise. It softens the image but it's very effective. In good light, the level of detail is unlike anything I've seen outside of medium format film scans.

The menus system is much more intuitive than in previous NEX cameras...a welcome feature. It's all new so requires some getting used to but it's much easier to find what I need so learning it won't take long. Hopefully Sony will figure it out and put the same menu in all their cameras soon.

The autofocus isn't amazing. As good as any other contrast detection only NEX camera. Quick enough in daylight and hopeless in the dark. For most of my work I'm focusing manually using the focus peaking or focus assist zoom anyhow and I don't shoot anything like sports where lightning fast AF is required. Thanks to the digital viewfinder, pair this camera with a fast lens and you can focus manually in ambient light far too dark to see well with the naked eye...try that with your Canon DSLR! This is another reason I'm shying away from the a99. I don't use it much now with autofocus and using it exclusively with manual focus lenses makes the translucent mirror technology useless.

At 4-ish fps, it's very slow but still in the ballpark of the 5D MKIII. The type of photography I do doesn't need a high speed frame rate and on the rare occasion that I do, both my NEX-7 and 5r cameras can do 10fps so I have alternatives which are faster than anything reasonably priced which Canon was offering at the time I decided to switch brands.

Video recording doesn't appear to have any major issues. My NEX-7 cuts out due to heat fairly easily but the a7r can record for hours at room temperature without issues. With the addition of exposure zebras and what seems to be very good video autofocus control, it's an excellent video camera. The only thing missing is the higher bit rate codec but I'm still on the fence as to how important that is. Being able to shoot 60fps at a full 1080p is a much more useful feature to me.

High ISO video recording is also possible. All of my other cameras have a ceiling of ISO 3200 when it comes to shooting video. I was pleasantly surprised to see that the a7r will let you record all the way up to 25,600. I'm sure this looks terrible but it's nice to have the option.

The silent control dial is something I'll miss. My favourite feature of the a99 is the programmable silent control dial on the front which lets you control settings in real time during video recording without causing any noise. This is absent on the a7r. The a7 cameras have the advanced interview ISO hot shoe just like the a99 which means it works with the XLR adapter. I mainly used the silent control dial for audio gain anyhow but the XLR unit has analog dials which supersede the dial. With the XLR adapter I used it to control ISO on the fly silently. The A7r is no worse than most other DSLR style cameras which shoot video so it's not really a minus in the grand scheme.

Speaking of the XLR unit; it's a must have for video because you need to go into the menu to control audio gain in camera on the a7r much like the Canon 7D. Very annoying. When not using the XLR adapter, I'm shooting using dual system audio and have the in-camera set to auto-gain anyhow so it's still better than my previous workflow where dual system audio was the only choice I had. Given the small size of the 7r body, it's much easier to mount than on a full sized camera. Handling the 7R with the XLR adapter on a bracket feels very natural where as on my a99 it feels bulky and awkward.

I bought mine with the 24-70 f/4 Zeiss lens...a great little lens for the money. This lens is about the perfect size for this camera as a stabilized zoom. Any bigger and it might get awkward. The stabilization works well and lets this lens operate in lower light just fine. It's easy to get hooked up on f/2.8 but for live events, parties, and street photography I've come to prefer stabilization as the depth of field becomes too shallow at f/2.8. I'll be curious to see what it's like with the new 70-200 f/4 FE lens. With the 24-70mm lens, it fits perfectly in my Thinktank Urban Disguise shoulder bag with lots of room left for a flash and a fast prime lens without getting crowded or overly heavy...one of my beefs with spacious shoulder bags. By contrast, my NEX-7 is swimming in this bag and the space is wasted. It's possible to put all three mirrorless cameras with lenses in this bag and still have room for an extra lens or a flash in a configuration which makes them all easy to scoop out as needed. Much more convenient than a backpack...My Thinktank streetwalker pro might have become cavernous and obsolete.

I'm on the fence right now as to the fate of my a99. I have a strong feeling that I'll be selling it along with all of my a-mount autofocus lenses. if I need rocket fast autofocus (which the a99 doesn't really have anyhow), I'll swap it out for the soon to be available a6000...currently claimed to have the fastest autofocus period...or a future full frame E mount camera which I'm sure will have better autofocus. I'll be conducting a bit of a test before I make that decision and will post the results here. I'll be throwing my NEX-7 and 5R (with a Metabones Speedbooster) into the mix so I can really tell which cameras are worth keeping around. One thing is for sure, I'm hooked on what Sony is cooking lately... 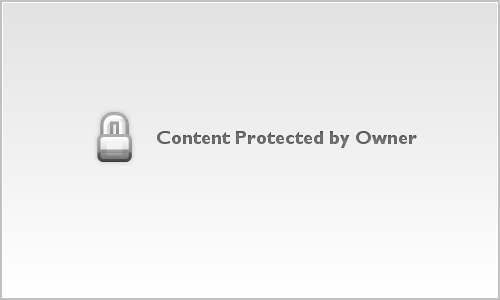 My happy little Sony familyForgive the quality of the photo...with all my cameras in the picture, this one had to be taken with my cell phone